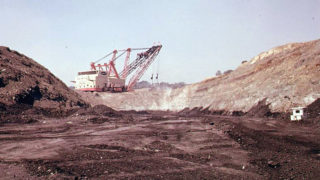 Two months ago we visited the site of a former coal strip-mine in eastern Ohio. The area was the site of a massive surface mine that supplied 110 million tons of coal for electric power generation in the region. Big Muskie — one of the largest earth-moving machines in the world — operated in this area. The bucket of this leviathan was large enough to hold two full size buses. Mining operations involved removal of all surface vegetation, topsoil, and the earth overlying the coal END_OF_DOCUMENT_TOKEN_TO_BE_REPLACED