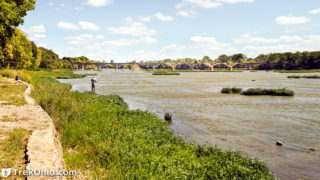 There are three river metroparks in the Toledo Metropark system, all of which lie along the Maumee River and are connected by the Towpath Trail. As the name suggests, the trail follows along the towpath of the former Miami and Erie Canal; this trail makes up a portion of the blue-blazed Buckeye Trail System. From east to west the three river metroparks are Providence Metropark, Bend View Metropark and Farnsworth Metropark. We decided to explore the Farnsworth Metropark by walking along the Towpath END_OF_DOCUMENT_TOKEN_TO_BE_REPLACED