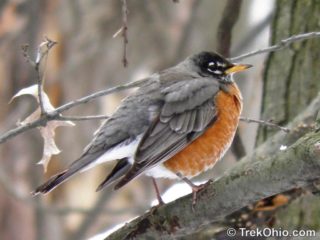 This is the time of year that many northern areas of the United States are seeing their first robins, a sign that spring has finally arrived... unless you live in Ohio. Our robins have decided that migrating south is too much hassle. In case you're unfamiliar with Ohio and mistakenly believe that we typically have mild winters, here are a few other photos that I took the same day. I thought I was being so clever while taking the above macro. After putting my camera END_OF_DOCUMENT_TOKEN_TO_BE_REPLACED