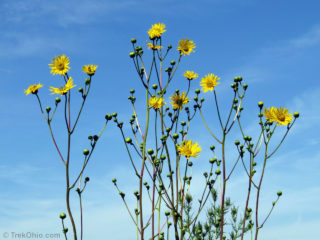 Between eight and four thousand years ago what later became Ohio experienced a prolonged drought. This allowed the drought-tolerant plants of the Great Plains to displace Ohio's more typical, water-loving plants. This eastward thrust of the prairie into Ohio has been referred to as a "prairie peninsula." The prairie peninsula encompassed nearly 400 square miles of the Darby Plains in western, central Ohio. Today only 1% of this prairie survives. There are a number of MetroParks in the Columbus and END_OF_DOCUMENT_TOKEN_TO_BE_REPLACED