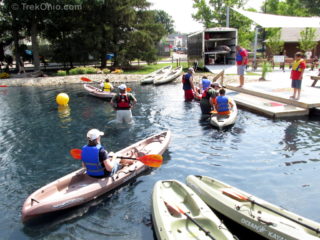 This is describing a fair visit from 2014. The upcoming fair is being held July 26 – August 6, 2017. Yesterday we went to the Ohio State Fair. The state fair is one of the largest in country and is held every year toward the end of July and the beginning of August at the 360 acre Ohio Expo Center in Columbus, Ohio. The original Ohio State Fair started in 1850 and today's fair retains much of the early fairs agricultural roots. The Ohio Department of Natural Resources (ODNR) has END_OF_DOCUMENT_TOKEN_TO_BE_REPLACED