Duck species are typically divided into dabblers and divers. Dabblers feed on vegetation and invertebrates that are on or near the surface of the water, while divers swim beneath the water in pursuit of invertebrates and fish. 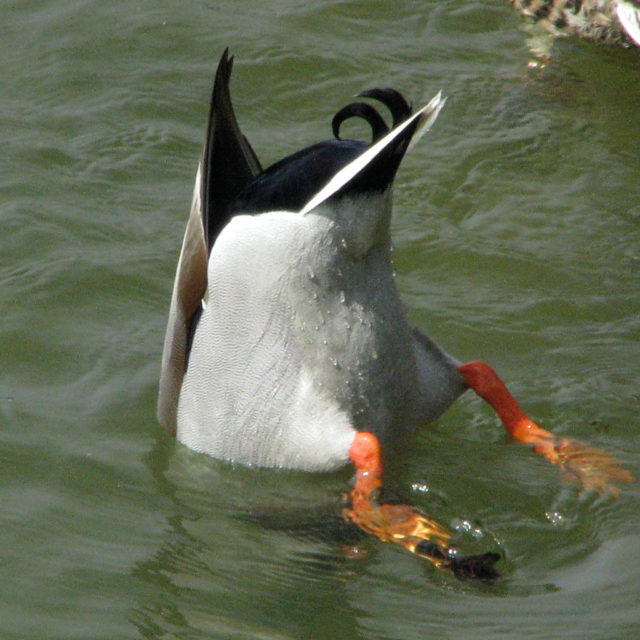 This male mallard is dabbling bottoms up.

Dabblers also differ from divers with respect to the location of their legs. A dabbler’s legs are positioned in the middle of the duck’s underside. When they are dabbling upside-down , they can use their feet to stabilize their bobbing. With their legs directly below the center of their mass, dabblers have good balance while walking and wading. In contrast the legs of divers are off-center and positioned closer to the rear of their bodies. This disadvantages divers when walking, but it enhances their ability to dive and to swim underwater. 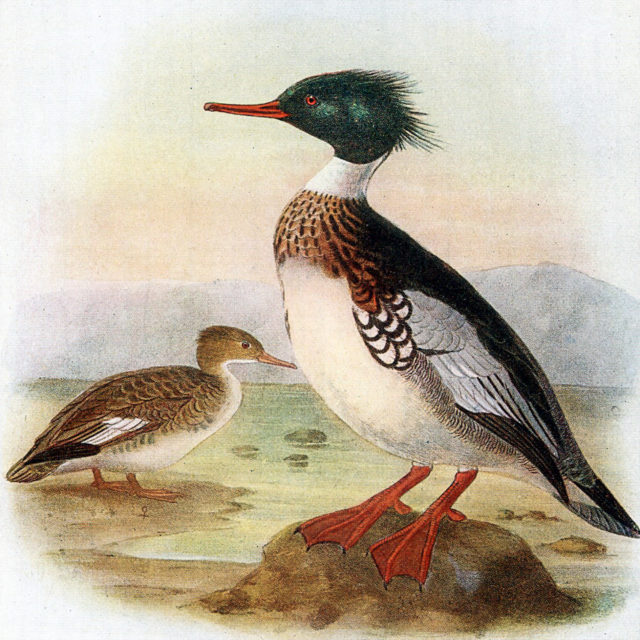 Illustration of a diving bird, the Red-breasted Merganser. Note how the legs are located much closer to the rear of its body.

Most diving ducks subsist off of underwater invertebrates, like snails and insects. But Mergansers prefer fish.

In addition to differently positioned legs, dabblers and divers also have different wing size. Dabblers have longer, tapered wings, while divers have shorter, stubbier wings. The shorter wings reduce the amount of drag that divers experience while underwater. However this combination of wing and leg differences means that dabblers and divers must use different techniques to launch themselves into the air. Usually dabblers can become airborne almost immediately by pushing both feet down while beating their wings. Divers typically have to run or hop across the surface of the water while beating their wings as they try to reach “lift velocity.” 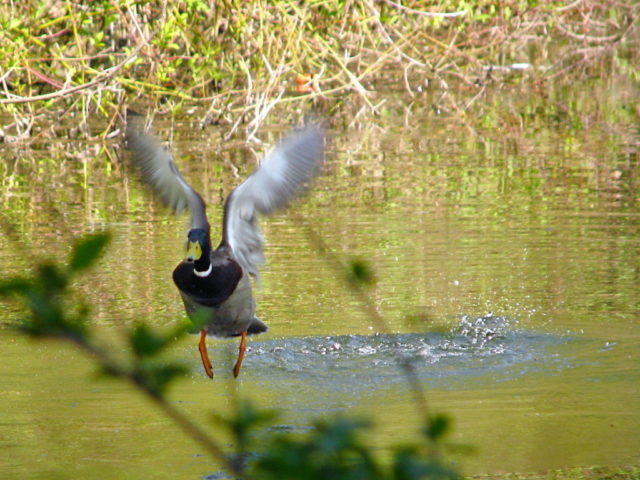 Mallard just after launching itself into the air in a single move. 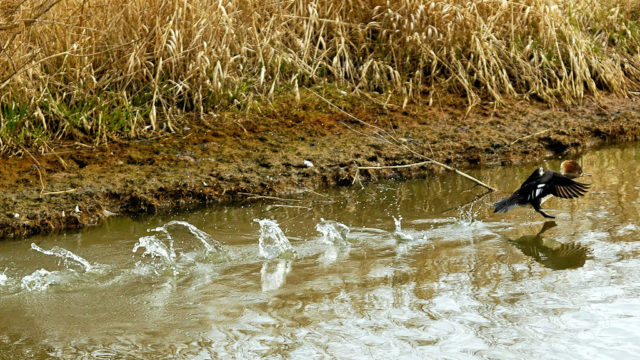 Hooded Merganser hops across the surface of the water while attempting to take off.

While swimming along the surface of the water, dabbling ducks typically float high in the water. In contrast diving ducks often float low in the water with just their heads and the top of their backs exposed to air.

After doing a DNA analysis on members of these two classes of ducks, scientists learned that dabblers and divers are not that closely related. Although they look similar, we now believe that’s because they have adapted to similar habitats.

Although the lists below are not exhaustive, here are some examples of dabblers and divers that are found in Ohio.

Despite the differences described above, you will occasionally see a dabbler diving completely underwater… you know, just to confuse things.

To un-confuse things, I have summarized the key differences below.

4 thoughts on “An Introduction to Dabbling Ducks and Diving Ducks”