Although I don’t have expertise in this area, the Ohio Department of Natural Resources (ODNR) just published a series of videos on foraging for morels that I’d like to share with you.


ODNR naturalist, Erin Shaw, hosts four videos about hunting for morels. I’ve created a playlist of all four in order here. Individuals videos are around a couple minutes long. To watch all four in order will take about 8½ minutes. Links to each individual video in the playlist are also provided at the end of this article.

From these videos on morel hunting, I have summarized Erin Shaw’s pointers below: 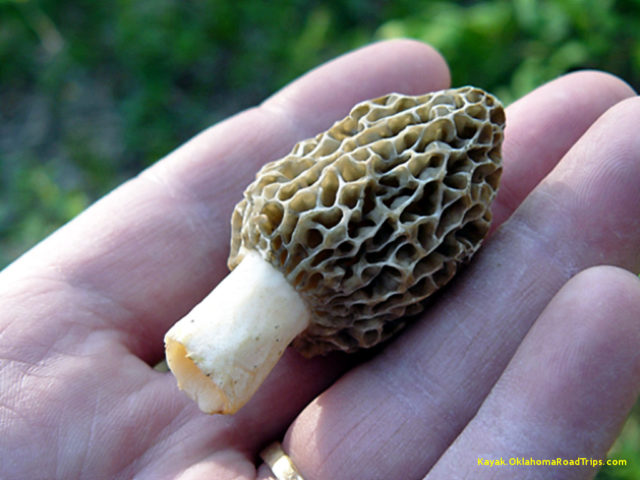 If you look at the bottom of the cap in this photo, you can see how it is joined to the stem of the morel. 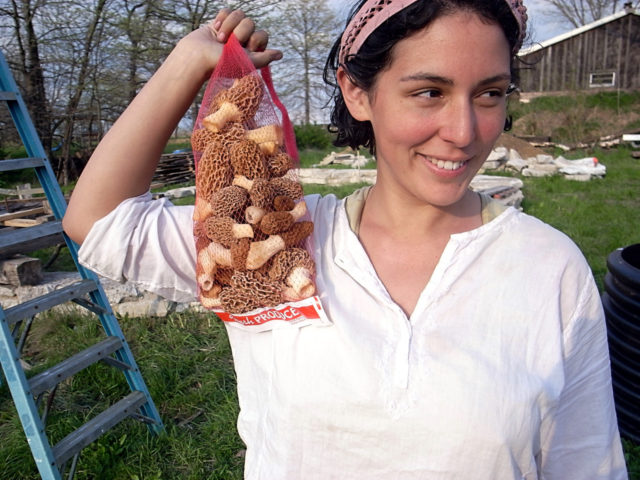 By carrying your morels in a mesh bag like this, you’ll help spread spores so there will be more morels to harvest next year. 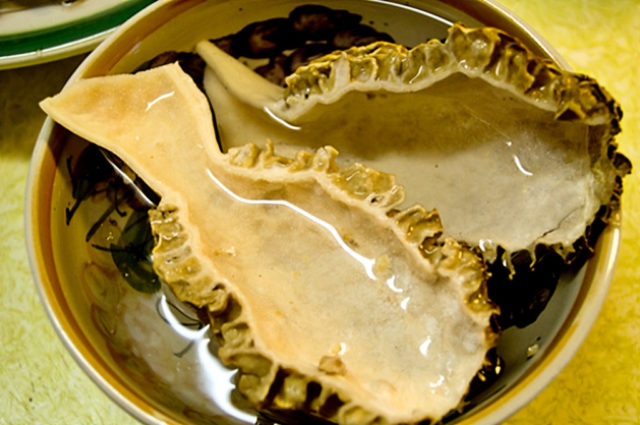 Shaw used to soak morels like this to clean them, but then decided that spraying them with water worked out better. Nonetheless, these sliced morels show how the center is hollow, and you can see how the bottom of the cap joins up with the stem.

The mushroom below is a false morel and you should not eat it. At MichiganMorels.com the author states that when he first began to hunt morels, there were individuals who told him that false morels were edible, too. Below he describes what happened when he took a small taste of a false morel:

I only cooked just the caps without the stem, and took only one bite about the size of a nickel. I started chewing and I didn’t like the taste or texture, so I spit it out, and said they can have these. Within a few minutes, I became extremely dizzy, and nauseous! I do not recommend anyone eating them. And unless you are VERY familiar with the identity of the half-free, and know the differences between them and the false morel, I don’t recommend eating them either. When in doubt, throw it out! After the dizziness and nauseous feel left, I felt okay. A few hours later I decided to have a beer. After about my third sip of beer I was right back to the way I felt before. Alcohol and wild mushroom don’t mix well. Especially with poison ones. I consider these poisonous! 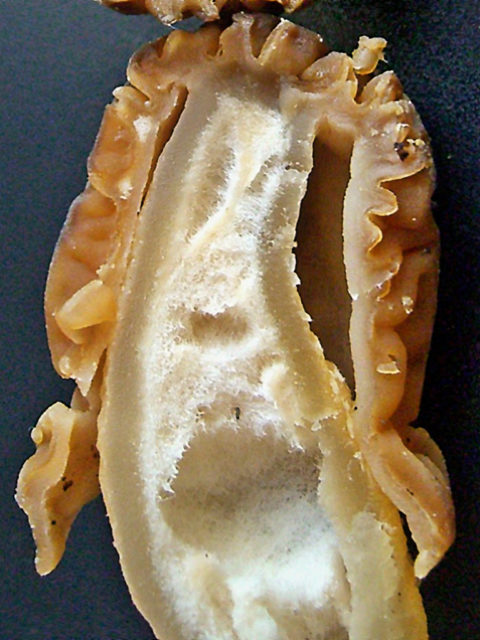 This is NOT a true morel. It is a false morel (Verpa bohemica). Note how the stem attaches to the cap at the top, and how the bottom of the cap drapes over the stem sort of like an umbrella. Also note that there is a cottony fiber growing inside the stem. DON’T EAT THIS.

In the first video of the playlist, Erin Shaw talks about the four kinds of morels (the blacks, the grays, the yellows, and the “big foots” – this is also the order in which they appear). Speaking of “big foots” (morels of unusual size that appear late in the season), I found this photo prank on Flickr of a truly monstrous morel, and it was so well done that I wanted to share it. 😀 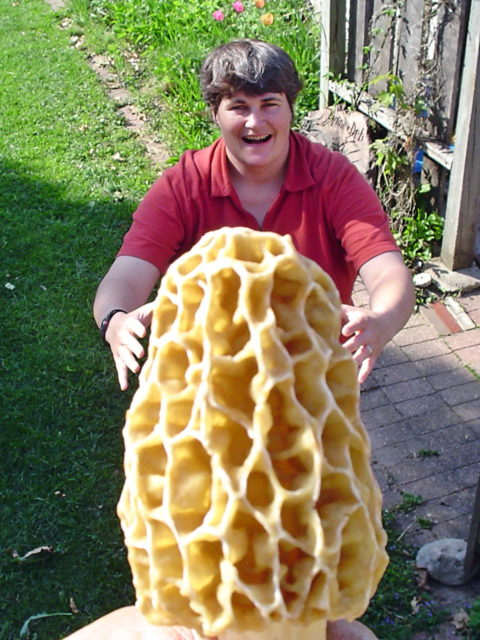