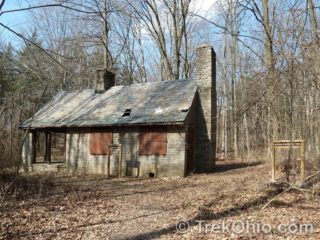 Seymour Woods State Nature Preserve is a 115-acre preserve in Delaware County. It is named after James O. Seymour who donated the property to the state in 1972. His family's cabin, though boarded up, remains within the preserve. The preserve also contains the foundation of a settler's home that was built in 1830; it's known as the Avery Powers Homestead. While hiking the loop trail that winds around the property, I also noticed the remains of a concrete silo off in the distance. When END_OF_DOCUMENT_TOKEN_TO_BE_REPLACED