We happened to be at the Columbus Zoo and Aquarium for the final day of a three-day pumpkin carving contest (it was held Sept. 20-22). On this last day the competitors were asked to carve a single, large, freestyle pumpkin. We enjoyed seeing the carvers at work and looking at pumpkins that were carved earlier in the contest, and it seemed like a nice topic to start of the month of October. Since the contest was being held at a zoo, many of the carvings explored the zoo and aquarium theme.


In case you are wondering at the name of the competition, “Jungle Jack” Hanna is largely responsible for transforming the Columbus Zoo into the number one zoo in America (according to the 2009 USA Travel Guide). He is now the Director Emeritus of the zoo. You might remember him from his days when he made the round of talk shows with animals in tow. 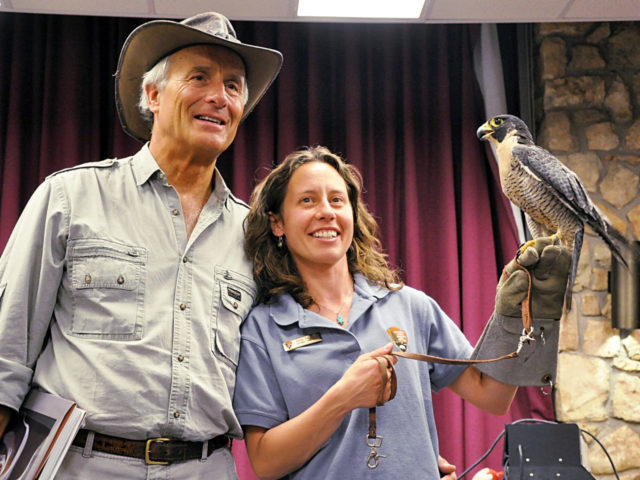 “Jungle” Jack Hanna to the left

And with that let’s take a look at some of the pumpkins.

And here are some of the pumpkin carvers at work.

Some normal-sized pumpkins had also been carved and were on display.

While I was photographing some of the many carved pumpkins on display, I didn’t catch the name of all the artists. However, I did find a list of the competitors at the website for the Columbus Zoo and Aquarium (home page). The actual page describing the competition no longer seems to be there (I was reading from a cached page at Google), but here’s a brief listing in which I also provide a bit of background information on each.

I went online searching for the competition results to no avail. If anyone has heard, I’d be happy to hear from you!

What a great way to start autumn!